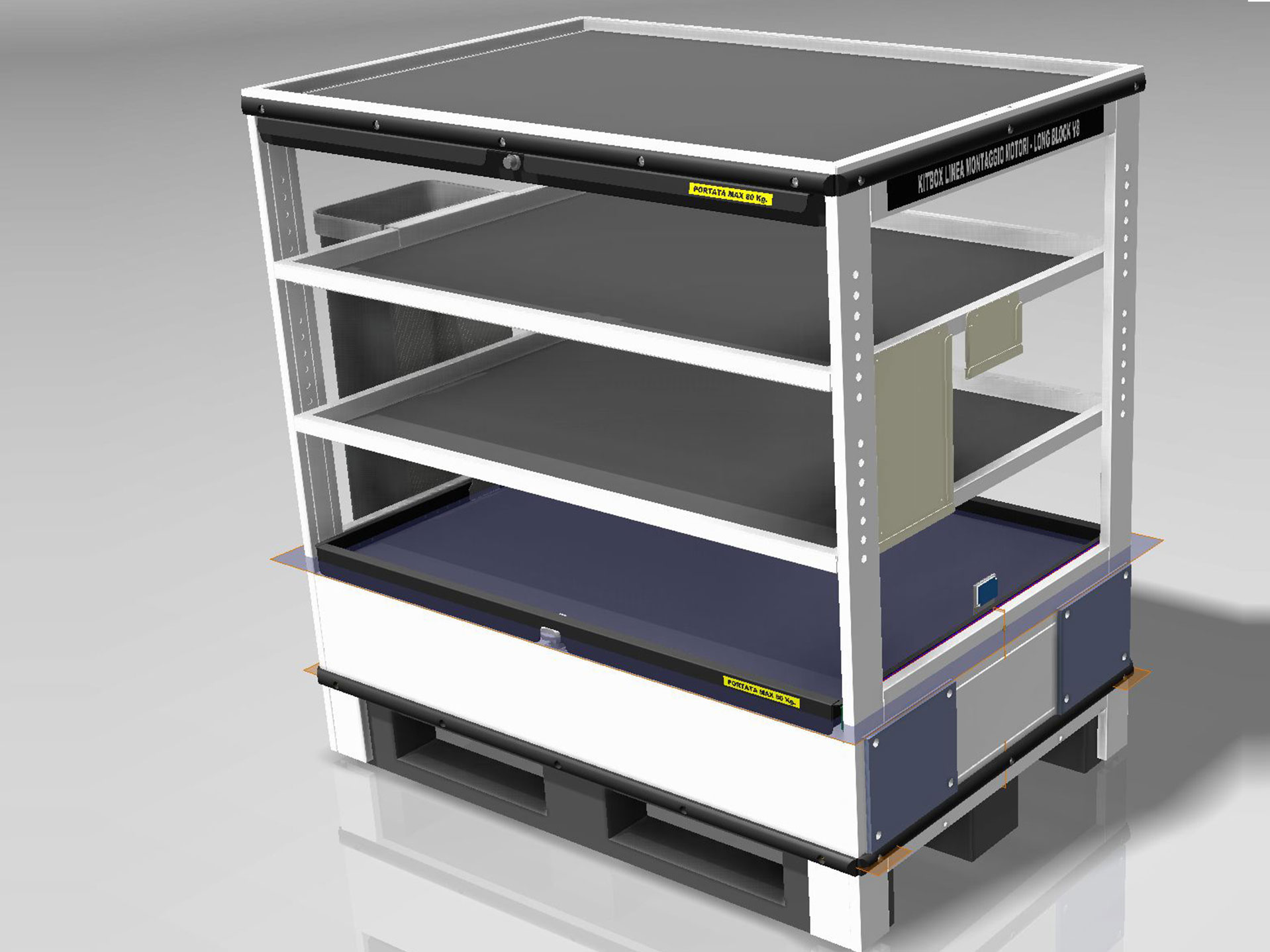 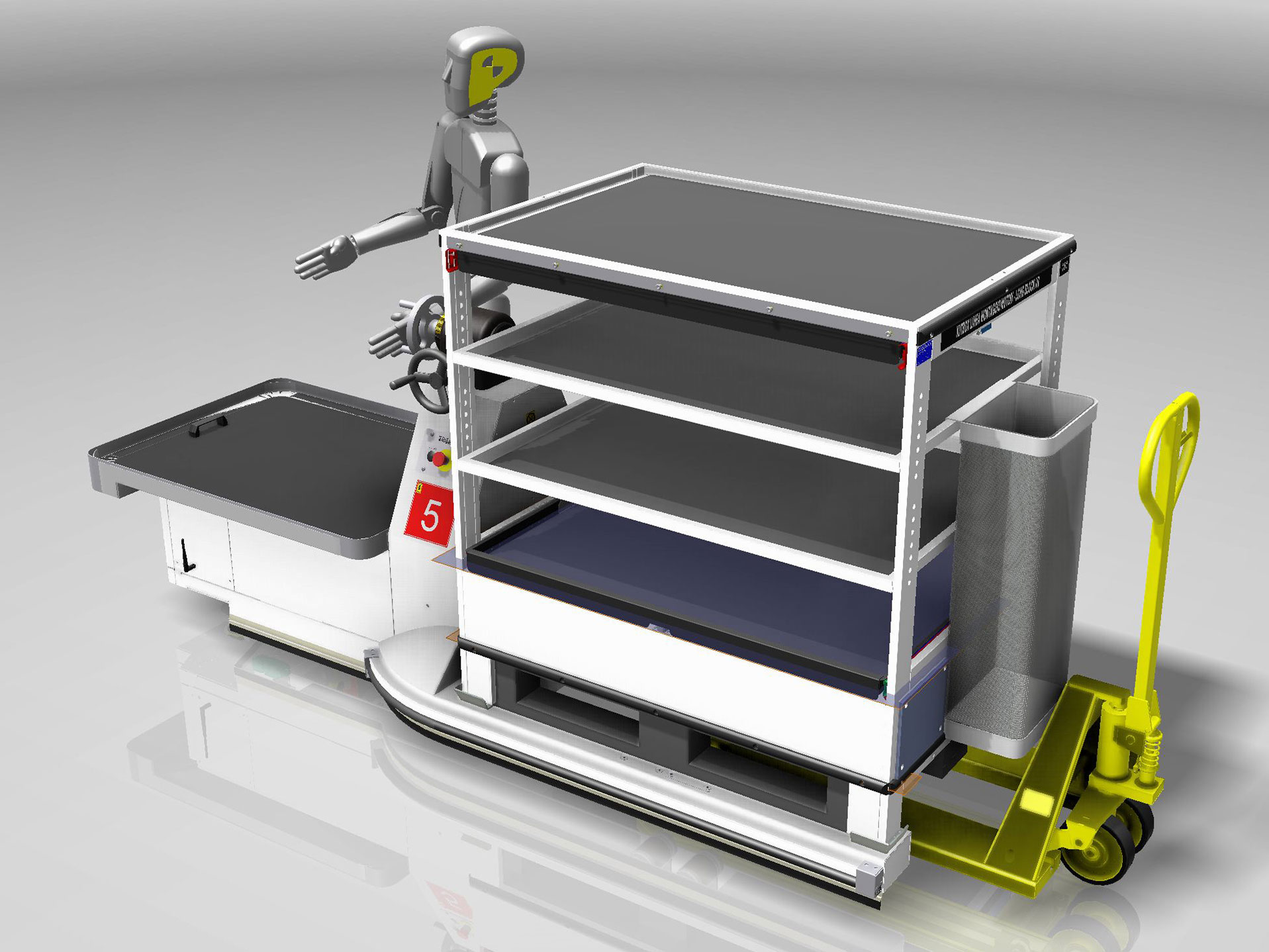 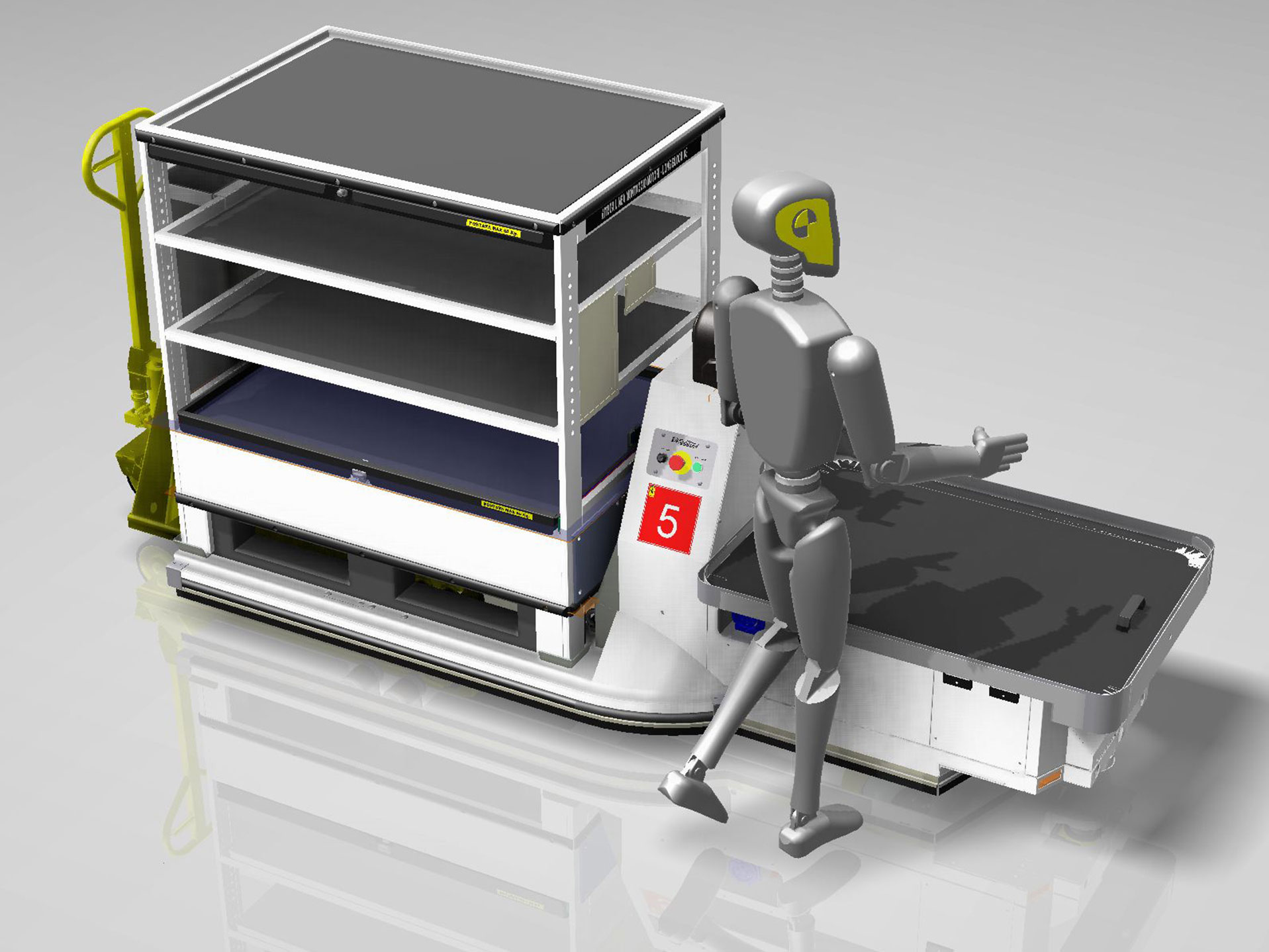 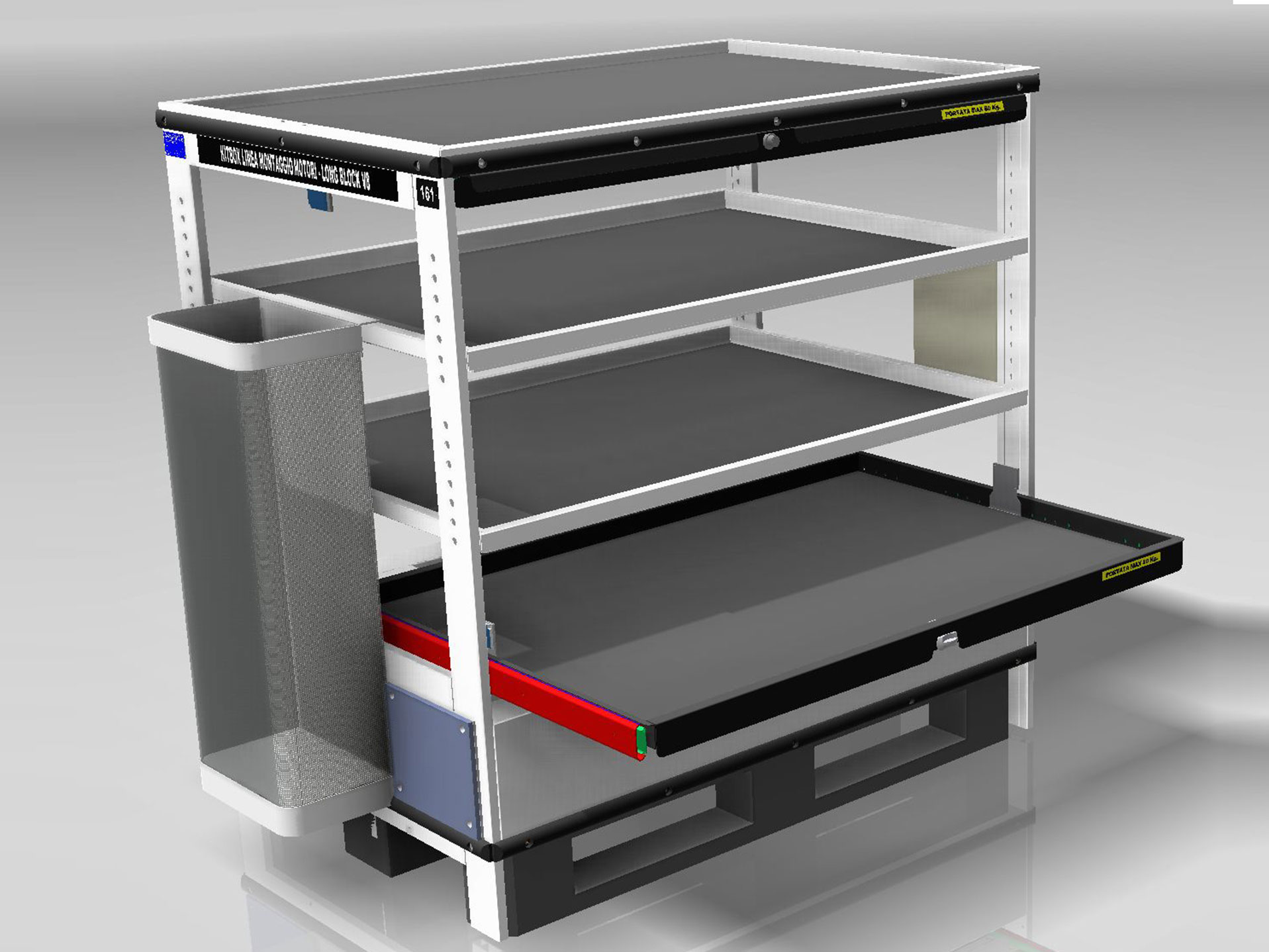 High-performance eight-cylinder engine assembly line made up of 23 shuttles with a ground level rail system.

The shuttles position the engine to the head assembly point. The 360-degrees rotating system they are equipped with makes the overall assembly process easily accessible and ergonomic. A special container with all the component parts is set at the rear of the assembly line. By means of a radio control system, shuttles are moved forward to the next assembly unit at a fixed speed. Shuttles are fitted with front safety laser scanner system and sensitive side edges. i.